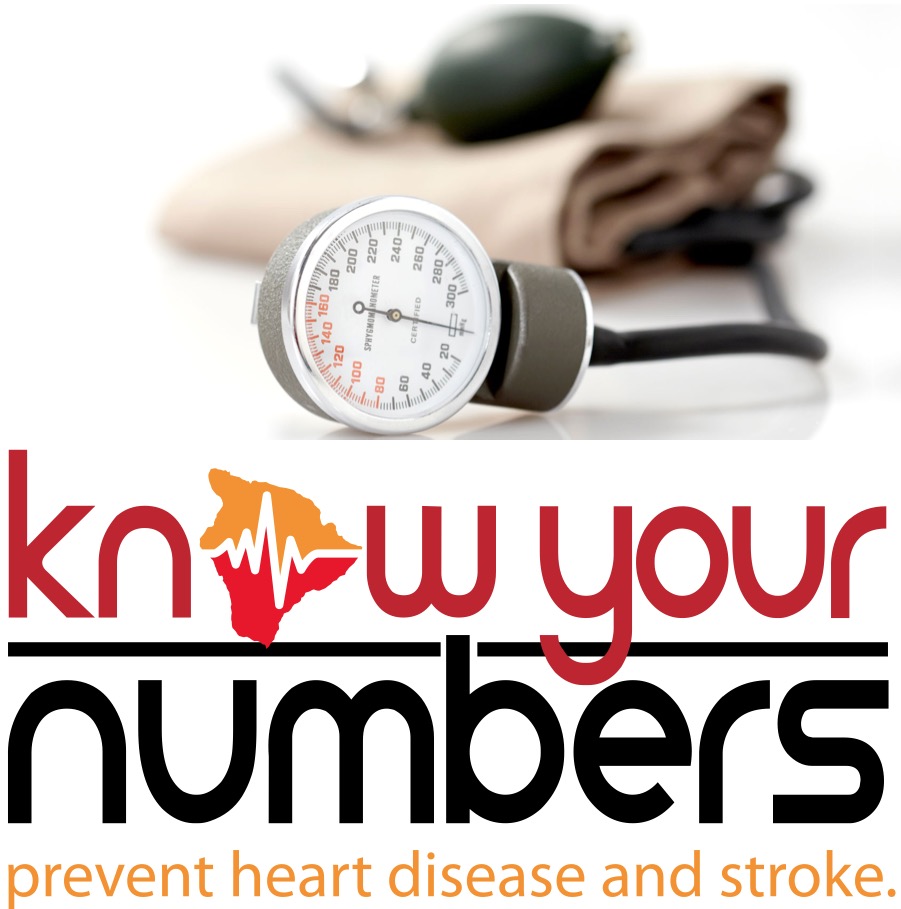 Both high blood pressure and hypertension puts you at risk for heart disease and stroke which are the leading causes of death in the United States and affects about 1/3 of our adult population.  It is referred to as the silent killer as most people do not experience any symptoms or signs and half of those with high blood pressure are not aware of it.

Community First had its first annual “KNOW YOUR NUMBERS” blood pressure awareness campaign in February to end high blood pressure in Hawaii.  As Randy Kurohara, the campaign director, said, “The goal is to be as familiar with your blood pressure numbers as you are with your own height and weight.”   The campaign had a steering committee, a project committee, and more than 80 volunteers who included retired registered nurses, UHH College of Pharmacy Students, EMT recruits, and Hawaii Community College Nursing and Allied Health students.

In the one-month period the campaign screened about 1,200 individuals.  More than 40% of those screened had blood pressures that can be considered hypertension or elevated according to American Heart Association guidelines.

The campaign went from January 30 to February 29, 2020 and had a robust marketing approach with a website http://www.ownyourhealthhi.org/ and ads in print, Digital Billboard Network, radio, and photos/videos on Facebook and YouTube.  The campaign received front page spreads in both the Tribune Herald and Hawaii Island Midweek.  Testimonials ran on a loop at Longs Drugs, Jamba Juice, Zippy’s, Walgreens, Aloha Island Mini Mart, and 7-Eleven with 32,729 viewers.  Posts on Facebook’s KYN and Community First pages reached 3,475 and 1,775 people.  The outreach activities consisted of a kickoff luncheon with 114 attendees representing 41 businesses in East Hawaii, screenings and presentations at 27 worksites, and 7 public event screenings.

The Workplace Challenge was piloted between Suisan, KTA, and HPM.  Each company contributed $2,000.00.  A total of 970 employees participated, attending presentations and taking their blood pressure.  The company with the highest percentage of participation will be awarded $3,500 for their wellness program.  There will also be a drawing for all participants with prizes such as a 2-night stay at the Fairmont Orchid, Hydro Flasks, and Fitbits.  We hope to extend KYN to West and North Hawaii next year.  We hope KYN will become an annual campaign driven by each community and be a steppingstone to Hawaii Island-wide collaboration.

Please click on “Learn More” to see the detail of the campaign.